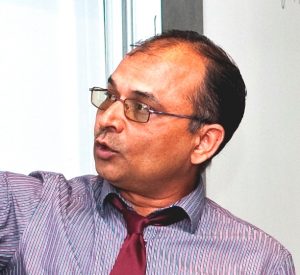 is a Professor of Mechanical Engineering at the University of South Florida, Tampa.  He is a recipient of the 2012 U.S. Professor of the Year Award (doctoral and research universities) from the Council for Advancement and Support of Education and the Carnegie Foundation for Advancement of Teaching.

Professor Kaw obtained his B.E. (Hons.) degree in Mechanical Engineering from Birla Institute of Technology and Science, India in 1981.  He received his Ph.D. degree in 1987 and M.S. degree in 1984, both in Engineering Mechanics from Clemson University, SC.  He joined the faculty of the University of South Florida, Tampa in 1987.  He has also been a Maintenance Engineer (1982) for Ford-Escorts Tractors, India, and a Summer Faculty Fellow (1992) and Visiting Scientist (1991) at the Wright Patterson Air Force Base.

Professor Kaw is a Fellow of the American Society of Mechanical Engineers (ASME) and a member of the American Society of Engineering Education (ASEE).  He has authored textbooks on Mechanics of Composite Materials, and Introduction to Matrix Algebra, and co-authored a book on Numerical Methods with Applications.  He is also a contributor to the MaterialsnetBase, an online library of material science texts, references, and handbooks.

Funded by the National Science Foundation, under Professor Kaw’s leadership, he and his colleagues from around the nation have developed, implemented, refined, and assessed online resources for an open courseware (OCW) in Numerical Methods.  This courseware annually receives 1,000,000+ page views, 2,000,000+ views of the YouTube lectures, and 90,000+ visitors to the “numerical methods guy” blog.

He has written more than 100 refereed papers, and his opinion editorials have appeared in the Tampa Bay Times, Tampa Tribune, and Chronicle Vitae.  His work has been covered/cited/quoted in many media outlets including Chronicle of Higher Education, U.S. Congressional Record, Florida Senate Resolution, ASEE Prism, and Voice of America. 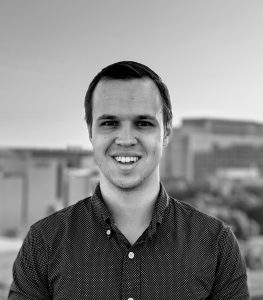 Ben has been the instructor twice for the Programming Concepts for Mechanical Engineers course at USF. He has worked as a teaching assistant since 2014 in several mechanical engineering courses while developing course materials and assisting students.

Ben also works as a research assistant at USF in the Rehabilitation Engineering and Electromechanical Design lab under the guidance of his advisor Professor Kyle Reed. Ben’s research focuses on the areas of human-robot interaction, force perception, and haptics.

In his spare time, Ben enjoys 3D printing, gaming, traveling, and making educational online content. Contact information as well as further information on his current research, teaching, and professional information can be found at benjaminrigsby.com. 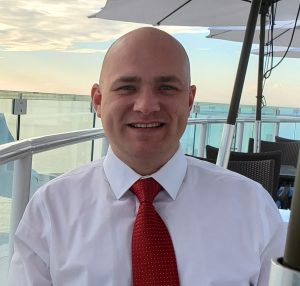 Daniel Miller is an alumnus of the University of South Florida. He majored in mechanical engineering and received a B.S. degree in 2009, followed by an M.S. degree in 2011. As a graduate student, he first worked as a teaching assistant for the Programming Concepts for Mechanical Engineers course and then instructed the class from 2010 to 2011. He received the USF Provost’s Graduate Teaching Assistant Award in 2011. Dan also worked as a research assistant in the field of numerical methods related to the design and analysis of body armor systems using computational methods.

Dan is currently employed as a mechanical design engineer in a multinational company in Tampa FL and is a member of the U.S. Navy Reserve. 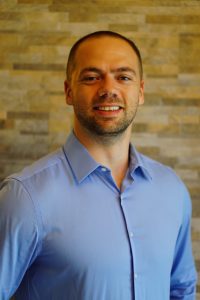 Ismet Handžić completed his Bachelor of Science degree in Mechanical Engineering at Western Kentucky University in 2009. Handžić continued his education for a Master of Science degree in Mechanical Engineering at the University of South Florida. After completion in 2011, he continued to pursue his Ph.D. degree in Mechanical Engineering. The general topics included in his doctorate dissertation involved walking rehabilitation, rolling dynamics, passive synchronization and dynamics, string vibration, and computer simulation of walking patterns. Handžić concluded his graduate work with twenty peer-reviewed publications and five utility patents. During his time in graduate school, Handžić enjoyed being a graduate teaching assistant, actively trying to find original ways to create effective teaching materials.

Subsequent to his studies, Handžić joined a small startup company to develop three of his patented and licensed inventions. These inventions included the Moterum M-Tip crutch tip and the Moterum iStride stroke rehabilitation shoe. Handžić’s successive positions in the industry included a mechanical research engineer at a crossbow weapon manufacturer, analyzing and designing crossbow components, and a system test engineer at an aerospace company designing and programming electromechanical automated test equipment for electrical components. His current employment is as a system test engineer at an IoT technology start-up company, developing automated test equipment and programming various automated tests of IoT devices.

In his leisure time, Handžić likes to spend time with his wife and kids, tinkering on small maker projects, programming, photography, playing his guitar, or hammering on larger projects.